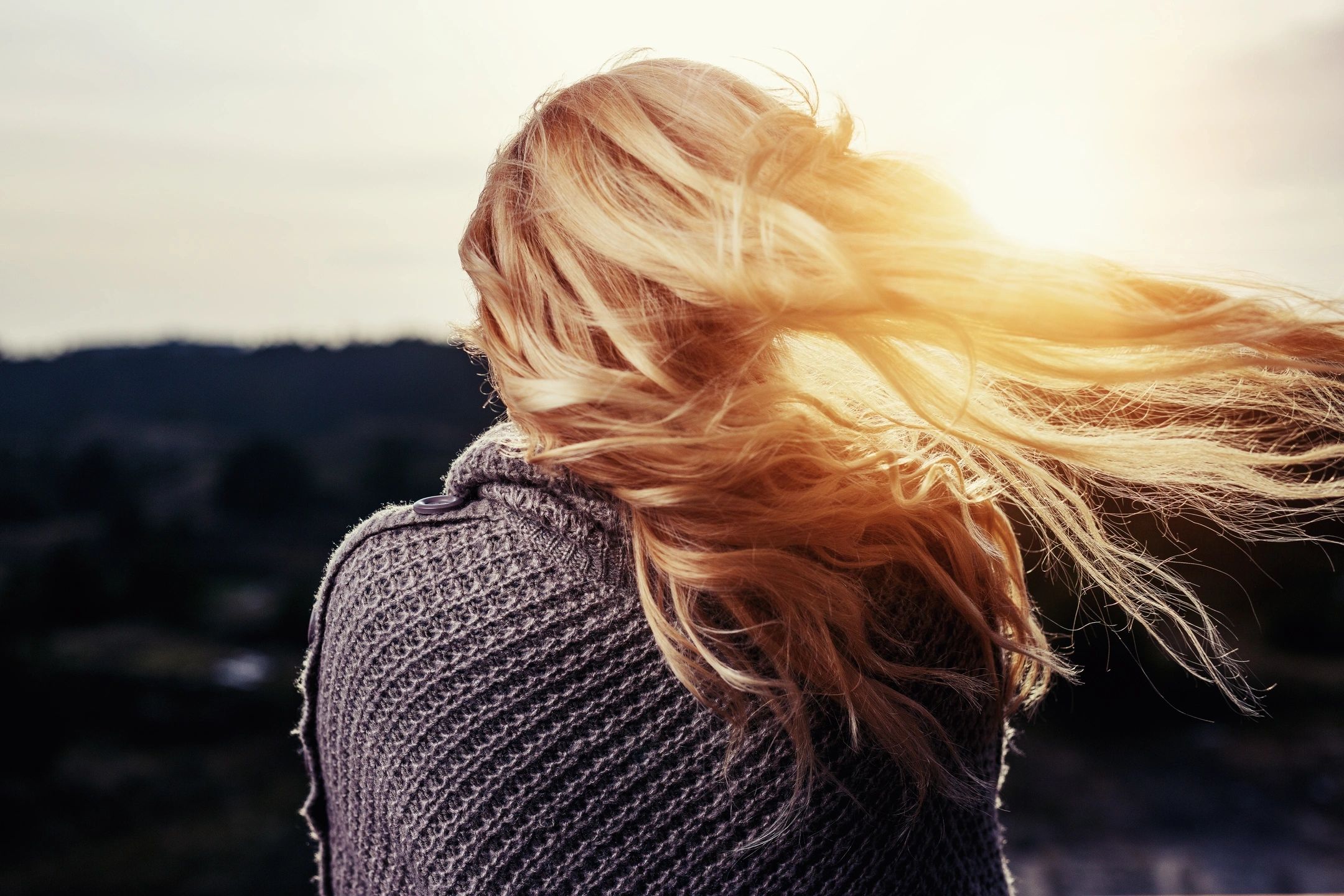 In our FB group, I made a post about discernment that I thought would also be useful here. It has been modified to include some important discussion points that ensued.

One of the WORST possible pieces of advice circulating among the online occulture of self-styled modern Daemonolaters is, “Just ask the Daemons!” Even I’ve been guilty of it because on occasion I forget that I don’t know if someone I’m talking to has had any formal pre-initiate training in Daemonolatry (most people do not), if they’ve been initiated, or if they’ve only read a few books and are self-styled.

The problem with this advice is that if a person hasn’t learned discernment, they could be thinking an “other” or “feeder spirit” is actually a Daemon. “Others” are really good at lying.

So here are some things to watch for while you’re casually communing with the Daemonic, the dead, or whatever else.

Some parts of this are from the book Necromantic Sacraments and posted here with full permission.

It can be difficult for new practitioners to tell the difference between a god-form/deity/daemon, “other”, thought-form/egregore, or human spirit. This does take a little practice. There are several ways to know what you’re dealing with.

The first is to test the spirit.

God-forms/deities/daemons will never tell you to harm yourself, they’ll never physically attack you (the exception there seems to be Goetic spirits, if they think you need to be physically knocked on your ass, tapped, or touched for them to drive a point home – they sometimes will), they’ll never lie to you, and they can sometimes be purposefully cryptic in a way that makes you think. Usually the reason for cryptic responses is to make one think for themselves and find their own answers.

“Others”, or “Feeder Spirits” are kind of tricky. They can be quite harmful. These spirits may physically harm you, lie to you and tell you they’re a Daemon, tell you bad things are going to happen when they aren’t. They may even tell you to hurt yourself or others. They will hate who you hate and share your worldview. They will purposefully destroy relationships if they think it will give them the upper hand (and the psychic dinner they’re looking for). Others are often strong. I’m convinced others can possess weak-willed individuals, or mentally unstable individuals. I do believe that some (not all) possession cases could be due to “others” influencing emotionally unstable individuals.

Egregores/thought-forms are often created by the magician himself. The problem here is that sometimes new magicians will inadvertently, and often unknowingly, create a thought form of the Daemonic force they *want*. These will share your world view as well as your beliefs, ethics, and values. Depending what you imbue these egregores with, they can be helpful or harmful. For example, if you imbue your Belial egregore with all the nasty Christian-described traits you can find, your egregore could be harmful to you and others and even take on traits of an “Other” except it will only know what you know.

Human spirits, on the other hand, have a different MO. When we give an offering to the dead it is said the dead suck the life out of the offering (usually a living plant or energy). That’s often why offerings to the dead often consist of grain, bread, flowers, wine or other alcohol, and even fruit or vegetables. The dead can also suck the life out of the living. This is why it’s incredibly important that while you can venerate your ancestors, always pay them for their work in offerings and DO NOT, UNDER ANY CIRCUMSTANCE, WORSHIP THEM like deities. They are not gods. They still have human faults. They’re simply human souls in a different state of existence. The dead, while they can be used for divination, are not always right in their predictions. They can influence the living, hence the reason they’re often consulted to help the living in many cultures the world over. Along this same line of thinking, do not leave offerings for the dead on an altar dedicated to a Death Daemonic. A divine intelligence is a deity or Godform. Again, the dead are not gods. They’re simply the disembodied souls of imperfect humans.

So what happens if you accidentally worship (or intentionally worship) the dead and attract feeder dead to you? This will often cause you to get sick, negative, or even cause your life to fall apart. If you worship them, the feeders will come. Not everything on the other side is nice or friendly. That includes the dead (and “Others”). The most common type of dead that will come forth easily, are usually the tethered (grounded) spirits who are stuck here. Spirits who usually get stuck either died unexpectedly, violently, or they were really horrible in life. This alone can bring a lot of negativity with it and beginning necromancers may not be experienced enough to fend off a feeder. On the other hand, you may have a dead family member who has vowed to keep the family safe even in death. It’s very possible for these spirits to come forth, too.

In closing of this section, I recommend testing all of the spirits who come forward. Ask hard questions that only you would know the answer to (or don’t know and then go look it up!). If the spirit gets the answer wrong, it’s likely a deceased spirit. If the spirit gets the answer right, but lies about who it is and seems to be causing emotional discord by spurring negative thoughts or actions, then that’s an “Other” or potentially an unwanted egregore. If the spirit answers correctly and does not urge you to attack or hurt other people and takes a neutral stance on all your life issues (and doesn’t share your world view, etc and appears to be the voice of reason), it might be safe to say that’s a Divine Intelligence.

The Second is to Test Your Feelings.

Most mediums also get different “feelings” with various spirit types. Start paying attention now. My feeling set may be completely different than yours, however I’ll share mine just to illustrate the point. When I’m in the company of the dead, I always get cold and then this surreal feeling of wonder washes over me. However, if they’re unfriendly, this feeling is always followed with an overwhelming sense of sorrow or hate. With an ‘Other’ I will literally feel them sizing me up and feeling me out. It’s almost like I can feel them plotting something. This is often accompanied with hair standing on end. With the Daemonic, the vibration of the room changes and I am often filled with feelings of calmness, or I find myself deeply inspired. Wisdom. I can’t describe exactly how wisdom ‘feels’, but it’s very soothing and contemplative.

Depending on the type of Daemon and their vibrations, my flight response may be triggered, but usually it’s accompanied with curiosity and contemplation. Basically you can feel malevolence. You can also feel when you’re being toyed with or if something wants to hurt you. But it takes some practice.

Definitely go with your gut and learn to discern your feelings, but try to be objective.

Third, be objective and don’t be afraid to question your experiences.

I’m not saying you should second guess yourself, but you might at least think, “Is this rational and logical?” “Is this a truth I’ve been denying?” “Is this truth verifiable?” “Does it harm me or anyone else?” “Is this something I can test and experiment with?” “Is this healthy?” etc…

It’s hard to teach discernment. It’s something that comes with time and practice. Just know that as you learn, keep banishing, protections, and other rituals at the ready in case you find yourself in need of them. You are going to screw up in the beginning. You are. I have yet to meet a medium who hasn’t encountered a nasty dead or a malevolent Other at least once. Or who hasn’t accidentally created an egregore. I’m convinced those rare few who claim they get along with everything on the other side are full of you-know-what. I don’t recommend trusting anyone who says that.

Start practicing “house cleaning” now. While those who just work with Daemons may not always need them, I still recommend them once every six months whether you need it or not. More often if you are emotionally turbulent. For practicing necromancers, I recommend it after ritual or at least once a week. If you attract a lot of dead to you, you might want to practice warding and regular clearing/banishing.Emotional balance is key to not attracting “Others”. They will seek out emotionally turbulent situations and people.

Another thing I want to point out, and this is important: Everyone you meet on the Internet today claims to be speaking to Daemons. More interestingly, I read natal charts exclusively for magicians. I have read thousands of charts over the years. The most common charts I read (about 85%) are people who are diviners and seers. That means they may be good at feeling things out, seeing into a situation, or sensing energy, BUT it also means they’re not necessarily mediums. Those gifts can be, and often are, mutually exclusive. Natural mediums are rarer. Only about 20% of the charts I read for magicians exclusively belong to people who have a natural gift of mediumship (i.e. spirit communication). Even less for people who are naturally gifted at both.

As actual mediums can tell you, connecting and speaking with the Daemonic can be exhausting. So be wary if you’re NOT tired or exhausted after an extended conversation with a Daemon. Connection with that energy can be hard on the physical human body. A lot of natural mediums report feeling like their skin is vibrating during an actual connection and sometimes after it. Even if you have a natural talent for it. So take that information for what it’s worth.

Finally, remember the 9th Code of Conduct – “Do not proclaim to speak for the Daemonic. The Daemonic speak for themselves” and always keep that in mind when communing with the Daemonic and corresponding with fellow practitioners in an anonymous online world.

5 thoughts on “The Fine Art of Discernment”