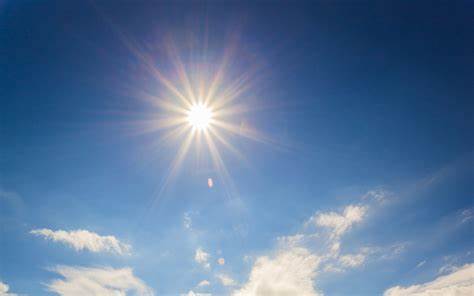 This month I want to talk about the sacrifices we offer to the Daemonic in the form of making sacrifice for what we want. Generally, when people think of Satanic or Daemonic sacrifice, thanks to a plethora of 70’s and 80’s horror movies, they’re thinking the sacrifice of animals, babies, or virgins. Or some other type of blood sacrifice where the animal or person being sacrificed is just killed for no other reason than to allegedly quench some kind of evil demonic bloodlust. It’s laughable really because never, in any of these movies, is the sacrifice legitimately “made sacred.”

The word sacrifice has taken on some weird connotation, so let’s take a look at it, shall we? To sacrifice something is to make it sacred. To make something sacred means to venerate something, or have respect for it. As well as to dedicate something. So when we’re making a sacrifice we have to remember it’s a big thing. We need to carefully consider ALL our sacrifices. Sacrifice is not just something we casually pull out of our asses on the fly.

For Daemonolaters – what we often sacrifice, or make sacred, is a drop of our own blood (without it we die) along with time and energy dedicated to the spiritual pursuit or goal. The Daemonolater has one job when it comes to choosing what to sacrifice and that is to answer the question —

What am I willing to give up or dedicate in pursuit of my spiritual, magickal, and/or mundane work?

We sacrifice things all the time in our mundane lives. We sacrifice money and time to pursue an education. We dedicate ourselves to our families or our jobs. We sometimes give up or put off the things we may want for ourselves in order to dedicate our time and resources to raise our children. We give up time with family in order to work harder to secure our futures. We may give up living in a big house in order to have more. We may give up an hour a day usually spent in front of the television in order to make our bodies healthier through exercise.

Now, I want you to consider what you’ve sacrificed in your life in order to be able to do what you love, spend more time with family, secure your future, or to become better at something.

Next – I want you to apply this thinking to what you sacrifice for your spiritual and magickal goals. What have you dedicated to your spiritual pursuits?

We naturally sacrifice things all the time based on how important something is to us.

Now I want you to entertain this notion: Sacrificing time, energy, resources, and attention to study magick, to become more spiritual beings, and to hone magickal and spiritual talents is no different than sacrificing your entertainment budget to bulk up your savings account.

That’s what sacrifice is. You’re willing to give something up – whether resources or time and attention in order to fulfill an important goal. You are willing to dedicate yourself to it because that goal is more important than the thing you’re giving up.

Notice how most people don’t sacrifice the family cat, or their first-born for most of the mundane goals they’re working toward. So why would you do that for a magickal/spiritual pursuit?

I know, I know – a few magickal purists are going to come out and say, “But Steph — what about chicken sacrifice and other animal sacrifice? Cultures around the world have done it for centuries!”

Absolutely – especially back when we were far more agrarian than we are now. Even then, every animal was important to survival, and making an animal sacred was done out of the utmost respect. The Daemonolaters who may practice animal sacrifice today carry on that tradition of respect and honor to the animal, and thank it for providing its flesh to sustain their lives. All modern sacrifices are often done for the sake of feeding the coven/group after a special ritual to honor the Daemonic Divine. In rare instances like this, the animal is treated kindly, with respect, and dispatched in the most humane way possible. Then the animal is cleaned and prepared for cooking. It is given thanks for giving up its life in order that we survive through consumption of its flesh.

It may sound gruesome, but it’s certainly no less brutal than sending the animal to the slaughterhouse, then sending its meat to the local supermarket. How often, in our modern culture, do we really consider the animals giving up their lives to feed us? That meat on the grocery store shelf came from somewhere.

That said – I’m in no way advocating for being a vegetarian if you enjoy meat. If being a vegan is your thing – awesome. I have a lot of Daemonolater friends who are. Me, I’m an omnivore. I enjoy a nice steak now and again, though I’m partial to chicken and fish.

However — real sacrifice, the most respectful and honorable sacrifice you can make to the Daemonic and yourself – is that of time and effort toward your own spiritual growth. In magickal practice – the most sacred sacrifice is time and effort toward the goal you’re trying to reach. Sometimes that means giving up something else. Like sitting in front of the television. Or spending as much time with friends. Or sleeping in on your days off. (Though I don’t recommend sacrificing your self care if you don’t have to, because sometimes we need to sacrifice certain activities and things on our to-do lists in order to take care of our own mental and physical health.)

In our modern culture, sacrifice is often looked upon as this terrible thing. Christians often take on personal sacrifice as mantels of martyrdom. No one is asking you to be a martyr. I sincerely doubt most parents who sacrifice their own wants and needs to provide for their children look at those “sacrifices” as a negative thing. Most parents will tell you it was totally worth it to have to wait to do/buy XYZ until their children were grown.

We need to rethink our views of sacrifice. It’s not a dirty word and it doesn’t involve killing helpless animals to feed the bloodthirsty beasties lurking in our imaginations. True sacrifice comes from the heart and is born of love, desire, and passion.

So I ask all who are reading this — What are you willing to sacrifice for your own edification, growth, and change?

3 thoughts on “What We Sacrifice”